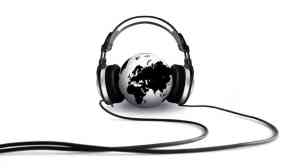 I’ve been studying in London for the past six months. The best part of this experience is the cultural exchanges I have with my classmates and other students. For obvious reasons, I’m particularly intrigued by the African students I meet.

The one thing that a lot of African students I meet or see all have in common is their infatuation with hip-hop music and culture.  Every day I see them wearing YMCMB sweaters and t-shirts with Jay-Z’s face. They blast Meek Mill and J. Cole from their phones and sing along to the lyrics with a passion that seems to transform them. Almost every time I’m speaking with a black man the conversation is about or related to hip-hop. If they’re not talking to me about hip-hop they’re saying something about President Obama, who is basically a pop star in his own way.  And a black woman made a comment one day that all Black-American women care about is their hair and nails, an assumption that is entirely incorrect!

When they find out I’m from Miami they ask me about King of Diamonds. Have I ever seen Rick Ross? It’s like they assume because I’m black and from America that I must be in strip clubs regularly and I’m hanging out in places that I will see Rick Ross because I’m from Miami. I don’t have anything against strips clubs or rappers and I listen to Two Chainz, Jeezy and Juicy J just like everyone else, but for some reason I was offended. It was offensive to me to feel that a culture that promotes misogyny, violence, materialism and sometimes downright ignorance was the best representation that these people had of me and my country.  Strip clubs and Rick Ross, really?  That’s not who I am.

At home in Miami, I never thought of the negative side of hip-hop as a complete or whole representation of Black-America. I know there’s so much more to it and us than that. I know that many of us, like me, are of Caribbean heritage and still hold onto that culture as our primary way of life. We mix with each other and other races so we have a fairly broad cultural awareness as it relates to that part of the world. America has black best-selling authors, dancers, chefs and successful business people but those things get lost in hip-hop’s shadow abroad. I may be experiencing this because I’m at a university with men and women in their early to mid- twenties, still it’s disturbing.

This isn’t an attack on rap music or hip-hop culture. My experience in London just makes me wonder if rappers realize the impact that have on youth worldwide. Does this impact mean that they have a greater obligation to us to be more responsible in their lyrics and lifestyle?  And if hip-hop can have such a big impact, how can we spread the popularity of other black arts in the same way? Is rap even an art?