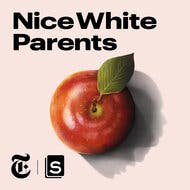 “Our schools are not an equalizing force, because White parents take them over and hoard resources,” this quote from the introduction of episode four sums up Nice White Parents, a podcast from Serial Productions, a New York Times company. The quote is about Horace Mann’s idea that public school would be the great equalizer of American society.

Maybe it’s because I’m a teacher, but definitely, because I’m a Black parent I find this podcast to be filled with useful information. The podcast is produced by Chana Joffe-Walt. In the series, she investigates the power of White parents in the public school system. The series starts with her journey into finding a school for her children in Brooklyn, New York in 2015. What she noticed was that all or almost all parents at school tours were White, although the schools that she toured were attended by mostly Black and Brown students. Joffe-Walt describes being led to a room with kids that were labeled “gifted” where she immediately noticed that all the children in the classes were White. Joffe-Walt briefly discusses the failures in the public school system and the fact that poor, minority students suffer the most and are often blamed for their suffering. She eventually concludes that public schools are still segregated, but why?

Joffe-Walt looks specifically at School for International Studies, a school that in 2015 was made up of mostly Black, Latino, and Arab students from poor and working-class families. School for International Studies was struggling at the time. In the previous two years, the school had just 30 students in a sixth-grade class that had room for 100. That changed when a group of White students from upper-middle-class and wealthy families enrolled that fall. What happens next is predictable and a bit unsettling. The White parents with their wealth and connections implemented programs that they saw fit for their children, not the majority.

As the series goes on Joffe-Walt discusses the history of segregation in public schools. Listeners hear audio of a Black mother in the 1950s describing her child’s public school as filthy and lacking basic resources such as working toilets. Schools in poorer, mostly Black and Brown communities were also under-staffed or had teachers that weren’t certified. As a public school teacher in a predominantly Black high school in Miami, FL, I can tell you that this is still the case. Our schools still regularly lack fundamentals like toilet paper and have overcrowded classrooms because there aren’t enough teachers. Joffe-Walt also talks about Freedom Day, a mass boycott and demonstration on February 3, 1964, to protest segregation in New York City Public Schools.

What becomes obvious as you listen is that Black parents and students weren’t necessarily fighting for integration in public schools, what they wanted was equality. They wanted schools in Black and Brown neighborhoods to have the resources necessary to provide an education equal to that of schools in White neighborhoods. There are many reasons for inequality in public schools. The most obvious being the way that public schools are funded. Fewer funds are dedicated to public schools in poor neighborhoods because the taxes generated are lower in a poor neighborhood. Nice White Parents uncovers that there’s more to it than that. The podcast suggests that White parents use their influence to bully governments into putting schools where they want them. They use their connections to fund programs for their children that exclude Black and Brown children and that their demands from school boards are met without resistance, regardless of who might be affected.

As I tune into Nice White Parents each week, I ask myself two questions. 1: Why do White parents put so much energy into their children’s education? My answer is because education is still the fastest path to upward mobility. In a way, education is the great equalizer Horace Mann dreamed of. 2: Are White parents simply more involved in their children’s education than Black parents? Would we, Black parents, have the same amount of influence if we put in more effort?

I want to make clear that fewer resources don’t automatically equal inadequate education. There are plenty of great teachers who create awesome learning environments with scarce resources. It is easier when resources are plenty, however. As a race, we are still far behind socially. Most of us don’t have enough resources or connections to fund programs or the power to sway school boards one way or another, some of us do, and some of us can do more than we’re already doing. We have a responsibility to advocate for our children to receive the best education available to them.

As we approach a new school year, I implore Black parents to be honest with themselves about their level of involvement in their child’s education. Could you be doing more? Could you be a part of the PTA? Are you going to open house? Could you be raising or donating money to things that may enhance your child’s educational experience? It doesn’t always take thousands of dollars to make a difference. Sometimes all that’s needed is breakfast before a big exam or a class set of test preparation books to make a difference in morale or performance. It may seem futile to think about these things now that school is being held completely online in most areas. It won’t be this way forever though. The time will come when schools are back to face to face instruction. I hope that other Black parents read this blog, or listen to Nice White Parents and are motivated to do more for our schools and children when that time comes.