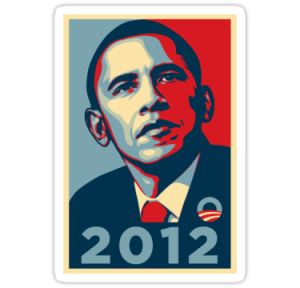 While it’s great to see so many of us supporting our leader, if we’re going to be engaged in politics and policy let’s do so because we want to truly make a difference. Or to educate ourselves so we can conduct our lives in a way that is most beneficial to us, not simply because our president is black, mulatto if you want to be specific.

The best way for us to support him is not to only vote for him and to watch his speeches, but by voting in our local and state elections as well. I voted for Barack Obama in 2008 and I will be voting for him again this year.  However, I also voted for Alex Sink, Kendrik Meek and Frederica Wilson in the 2010 Florida state elections because I want as many Democrats to occupy as many seats as possible to support him.

We don’t know what this year’s election cycle will bring. We must continue to support President Obama and do all that we can to have him serve a second term. Not just to lengthen the legacy of what is undoubtedly a great achievement in African-American history, but to also to show our support for what we believe is right for our country.

What we do know is that Barack Obama will not be our president come January 2017 and his replacement probably won’t be another African-American.  Don’t let the conversation end with him. Let’s stay engaged regardless of who are president is and what his or her race may be.

This is just my opinion, feel free to disagree.

3 thoughts on “The State of our Union”