I recently posted a poll asking women if they could have
a choice of only one, would they prefer a mega-career or a husband and
children. Of the twenty women that responded, the poll was split exactly 70 to
30 percent, with the majority choosing a husband and children. I can’t say that
I’m surprised since success to most women includes being a wife and mother. What about when you’re approaching your thirties, or in some cases are already in your thirties and it seems more likely that you’ll win the lottery than find a 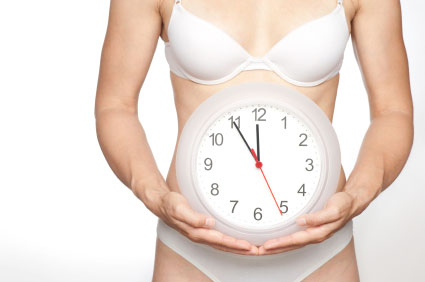 mate and have children? Which do you prefer to have then? Thirties might be a tricky time for pregnancy, but it’s a great time to embark on a new career.

As a child, the term biological clock meant nothing to me. I really thought it was something that affected some but not all women, now I know better. According to socialfertility.com (and just about every woman’s health organization) a woman’s chances of fertility decline rapidly at age 35. Age 35 is also the point when Down syndrome and other genetic abnormalities become more of a concern. In other words, if you want to have children without complications, have them by the time you turn 34.

“You’re thirty. You can’t afford to be picky” – Darcy in Something Borrowed

In my female opinion, finding a mate when you’re in your
late twenties to mid-thirties is difficult because most of the men in your age
group are married, in a serious relationship or already know who they plan to
settle down with when they decide to. All that’s left are the older men that
have been married and divorced with children that are damn near grown, which is not ideal when you think of living happily ever after with the love of your life. On the flip-side, getting married in your late twenties or early thirties is more sensible because you have a better understanding of who you are and therefore can make a better choice as to who is a better fit to complement your life.

I’ve had and overheard the “clock ticking” conversation with many women and all of them, myself included, said that if they weren’t married by a certain age, usually 32, they would just find a nice guy that they could settle down with and have a baby, they didn’t need to be in love. Some women said they wouldn’t even want the relationship. They would just find a man that they knew would be a good father and have a child because they want a child more than a man. Well, I have since changed my mind!

Nothing can replace having a man in your life, but settling is not the answer. I can assure you that you will be more miserable having to deal with someone you don’t love and were never in love with than if you had just stayed single. I’m not saying to be picky either, but you are better off dating and investing in yourself to keep your mind occupied; keep chasing a dream, go back to school, learn to do something that can become a hobby, whatever you do, DO NOT SETTLE. You can settle for a used car if you can’t afford a new one right now, you can settle for tilapia if the restaurant is out of snapper but never for someone who doesn’t completely fulfill you. Settling is for material things, not for your mind, heart and body.